It's probably bad blogging form to talk about the same subject in two consecutive posts.

It's been considerably cooler today having just crept above 30 degrees - hardly news at all here, but it's still a bit on the warm side for the animals and it gives me an excuse (as if I needed one) to nip out with the camera and post some pictures... 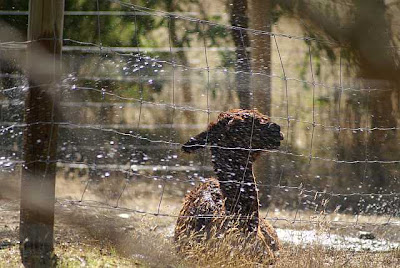 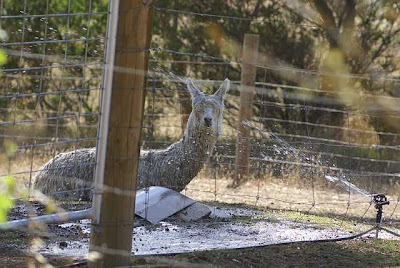 You'd think that we put the irrigation system in for their benefit! It never ceases to amaze me how much animals, whose natural home is in the high country of South America, where water is not in really that much in abundance, love the stuff.

But for some, it's all too much like hard work and the only thing to do in the heat is flop down and catch some rays...

Ambersun Iquique working on his tan
Posted by Perry Wheeler at 7:22 PM