Every reasonable sized herd has them. Those animals that, objectively, are nothing special but are alpacas that their owners wouldn’t part with for anything. It could be an older girl who can always spare a drink for a baby whose own mother is struggling with feeding, it may be the very tame animal who will halter train others (more about that in future post) or, as in this case, it might be the ‘utility’ wether that does all the odd jobs.

Allow me to introduce you to Prospero… 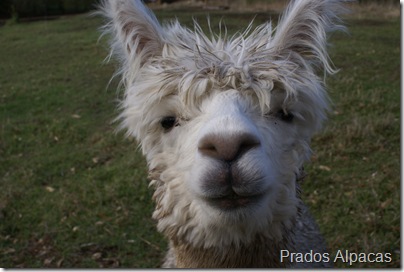 On any sane farm, Prospie would have been sold off as a pet or sheep guard long ago, certainly, we could have moved him on many times over. But, he was our very first baby on the property, so he’s a special case.

He’s had his moments of fame – he was a very pretty cria. He featured in our earliest advertising: 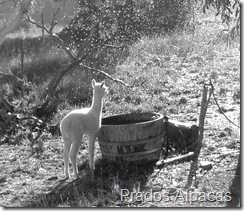 A picture of him (heavily Photoshopped) has even won a few prizes: 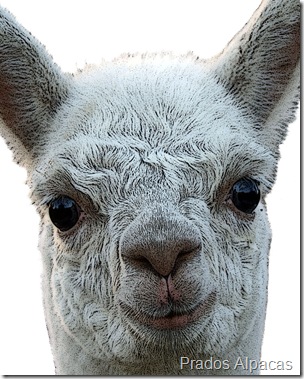 But there was no getting away from the fact that he was never going to make it as a show and stud boy and was going to have to face the unkindest cut of all.

Today, he’s a big, ugly wether. But we’d not be without him. Got some weanlings missing their mum and in need of mentoring and company? Prospero. Need an animal to move in with the chickens because there’s a fox around? Prospero. Need a companion for a sick animal? Guess who. And, this week, when we needed a donor for a really sick animal that needed an urgent blood transfusion, it was Prospie who parted with a litre and a half of the red stuff over three days (although I don’t think he likes the bald patch on his neck). 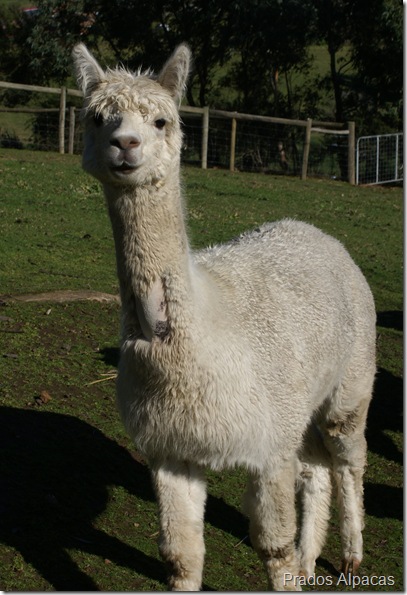 So, here’s to you Prospero and to all the other unsung heroes in herds around the world. You may never win a broad ribbon at a show, but you’re champions as far as we’re concerned.