Where did this one come from? 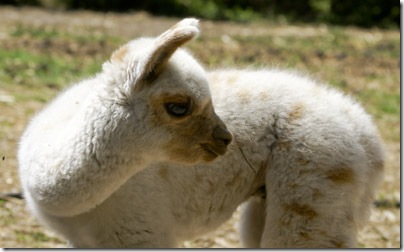 OK, I know Appaloosas are a growing thing, they’re getting more and more popular and there are even serious calls for an appaloosa class at shows, quite distinct from other fancy types.

But it’s not part of the plan, we don’t breed spotties!

Both lines he comes from are solid through and through (Halifax was the sire, a solid white warrior boy and the Dam was a multiple championship winning solid brown).

He’s about as cute as they come, so he has that going for him.

Name? Well for a short while he was Dipstick (after one of the 101 Dalmatians puppies) but no one else liked that. Currently he’s called Notyet and it might just stick:

Q: He’s sweet, have you named him?

Posted by Perry Wheeler at 7:22 PM