Meet the latest member of the Prados family. 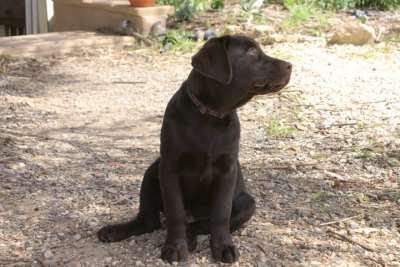 Not really an alpaca story, but puppy pictures are always worth posting. We’ve called him Gandhi, not just because he was small, brown and wrinkled when we chose him but because he stood out from the rest of the litter by having a quiet dignity about him. While all the others were racing around like mad things, He was just sitting there, taking it all in and clearly top-dog.

There’s been a big, dog-shaped hole in our lives since arriving in Australia in 2004, but we didn’t want to get one until we were sure that we could offer a home where someone was around most of the time and we were properly settled.

I’d forgotten just how much work a puppy could be…
Posted by Perry Wheeler at 12:47 PM